COACHES’ CORNER: GET TO KNOW PEOPLE BY NAME 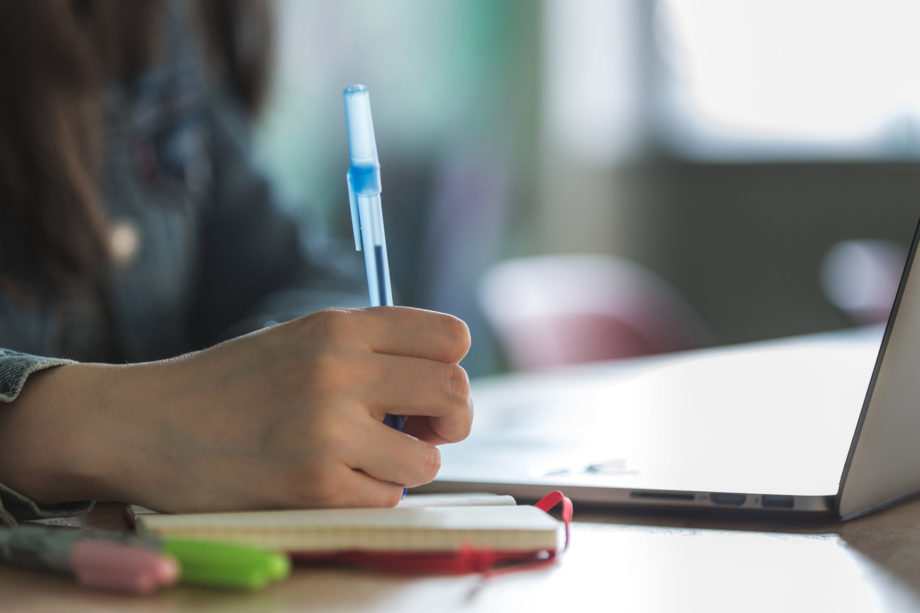 Addressing their customers by name (and by writing it on each overpriced cup of coffee) is an intentional point of emphasis in the Starbucks Customer Service Experience, and likely plays a role in their lucrative customer loyalty. It’s no coincidence the billion-dollar brand hand-writes each customers’ name on each cup of coffee it sells, it helps build loyalty.

Before we get deep into the topic of building relationships, it’s important to stress the importance of getting to know people by name. As a recruiter, you will cross paths with thousands of people each year. You don’t have to memorize everyone’s name, but if you keep excellent records, you can easily access by phone or in a notebook that you carry with you when out visiting schools or making calls.

New to a school? Taking over a program? Get to know the names of all of your support staff members, interns and student volunteers and address them by name when possible.

From my experiences, there are two types of leaders (and by leader, I mean leadership by position: Athletic Director, Head Coach, Associate AD, Director of Operations)…

#1 – Those who try to demand respect by treating everyone under them exactly as that – by treating everyone as they are if they’re below them. When you treat those who are on your ‘team’ (everyone in your office or building) like they aren’t important enough to know their name, they’ll perform like their job isn’t important. We’ve all worked with this type of leader before, and rarely are their ‘teams’ consistently successful.

#2 – Those who earn respect by making everyone on the team want to be the best at their job. Not just the team, but the TEAM behind the TEAM—trainers, student managers, fundraisers, academic counselors, accounting staff, field crew, receptionists, facilities staff, security. Believe it or not, what drives most people to want to be at their best is simple: to feel like what they do makes a difference, and in some way, contributes to the success of the team. People will work harder if they feel that their job or role actually makes a difference. Of the successful teams I’ve been a part of, the top leadership gets to know the names of everyone on staff.

At the end of the day, most programs have similar resources and selling points to offer outside of win percentages. What separates places from each other are the PEOPLE. Treat your people with respect and recruit great staff and players to go on the adventure with you.

Simply know people’s names and greet them when you see them—this gesture will pay dividends for your program in the long run. Think back, at some point we’ve all been asked to do an over-the-top task or tedious project and thought, “Does this person even know my name?”

I’ve worked with ‘leaders’ who never speak in passing, are too important to know my name and think that this “I’m-above-talking-to-your-pay-grade” attitude makes them instantly credible. It does not. I’ve learned from some of the best coaches, players and administrators in the business, and most are far from this attitude.

Have Sports Information or a member of your support staff put together a ‘cheat sheet’ for you, a composite of pictures by department with each person’s name and title underneath, with any other details that may help you remember. College or high school attended and hometowns are great ways to associate names and build early connections with these staffers.

Do the same with the reporters who regularly cover your program. Know what paper or station that they work for, and their history with the program (trustworthy, negative, dirty, pot-stirrer). Distribute these lists to all of your coaches—have them memorize all internal staff names as well of people they will deal with on a regular basis.

A former boss referred to all of their employees as, “the girl,” no matter who they were talking about: their assistant, their intern, the cleaning woman, their next appointment. It’s just plain rude, and doesn’t help build a feeling of teamwork.

And, stop calling every prep coach “Coach.” You need to know prep coaches by their last name. As you don’t like when prospects send you form letters and refer to you as a coach at your rival school, prep coaches expect the same respect and address them as “Coach _________.” Keep excellent records so you can reference coaches names at your fingertips.

It may sound very silly to have to tell you this, even about your own staff, but I’ve seen it happen too many times, and it never brings great results.

Your staff seeks acknowledgement and appreciation, nothing will go further than a sincere pat on the back or public shoutout. Build an organization where your entire staff is driven and feels part of your success.