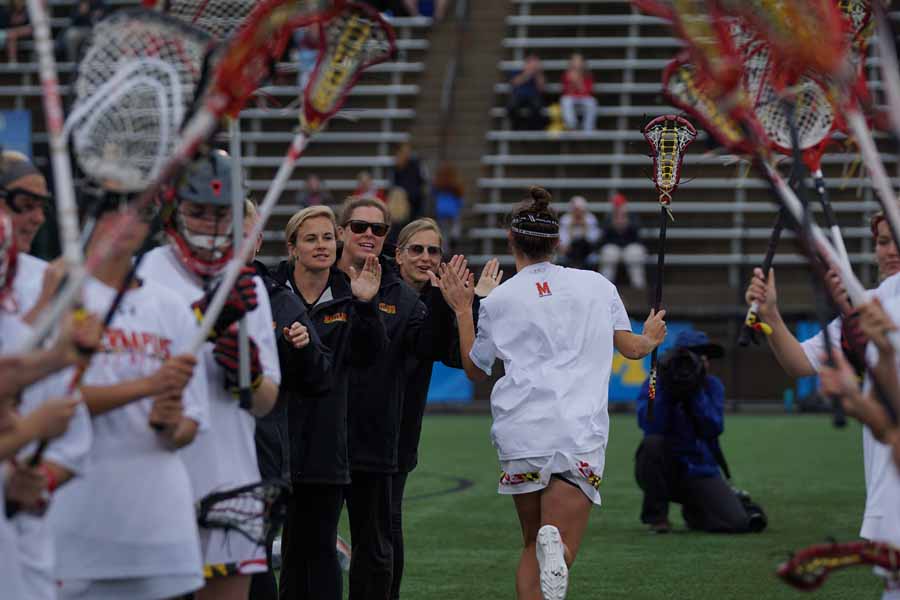 To get the most out of your players, to push them beyond where they think they can go athletically, you must continue to develop this relationship consistently. And to sign great players for tomorrow, you must do an excellent job with the players you have now! You must continuously “recruit” your players, even after they’ve enrolled.

When done the right way, 20 years later, players look back at their coaches as parent figures, a mentor who played an influential role in their development as a person, not just a player. From 18-years-old to graduation into adulthood, you are involved in their lives during a key time. You are in the trenches together, missing holidays and family events together, working together, overcoming adversities together, competing at a high level together… these are some of the strongest bonds you can build outside of your family. Experiencing the highest of highs—WINNING—and the lowest of lows—LOSING—bonds you! Few outside of the walls of your team meeting room really understand the struggle and sacrifices that you’re all making.

Very few other “careers” have this dynamic. Coaching isn’t just a job or career, it’s a lifestyle. You get the reward of watching players grow up, when the light comes on and to know them as they finally mature into adults!

• Be proactive in your approach with your players. Check up on them as if they were your own kids. Call them, text them, find them on social media. Be in their lives outside of the meeting room and practice. Even in the offseason, you should be speaking with your players on a weekly basis. Check in on grades, life situations, family and how they’re doing spiritually.

• You need to have the cell phone numbers of your players as well as their class schedules and current email address. Shoot them a text when their favorite team or pro player is playing. Check in with them while you’re out recruiting. Know them outside of sports, play a consistent, dependable role in their life.

• Don’t be so buttoned up and intimidating that your players can’t express themselves with you, or that you can’t express your genuine pride in them. You want to remain respected, and not necessarily their buddy, but let your guard down enough to develop a real genuine relationship. Eat together in the dining hall or food court, invite them to your house occasionally for a meal (with approval from Compliance Office), have your family and your position group interact together, eventually as family. Make decisions impacting your players as if they were your own kids. As they eventually feel part of your family, that’s just one extra layer of accountability and responsibility they’ll feel — players live up to the expectations they’re held to.

• Over the years I’ve learned that 99% of players respond to expectations—not yelling. Expect greatness and perfection (or near perfection) from your players, teach them the way, and give them the tools to succeed. Yelling doesn’t usually work, expectations do!

• Be crystal clear with team rules and policies and hold all players to the same rules and standards. Team chemistry is disrupted and relationships weaken when rules don’t apply to certain players. Once you start making exceptions and letting key players get away with more rule-breaking, it’s the beginning of the end for you in that lockerroom.

• Recognize and applaud players that are doing it the right way, players that buy in and are exceeding expectations throughout every area of life.